Nilima is a 13 year old child and was raped repeatedly by her father. He used to make her unconscious before abusing here using cloroform. This was  known to Neela's elder sister (Nikita). But she was also physically tortured by her father. He had burnt Nikitas hand and legs and had warned not to tell anyone, and would kill her, if she did.
Fortunately Nikita informed her uncle about this who immediately called Snehalaya's Childline. Child line volunteers brought both the children to their office. After examining the facts, the child was presented to the police offers Jyoti Priya Singh (I.P.S Officer). The rapist father was arrested under section IPC CODE 376. The criminal case is being handled Mrs.Singh. 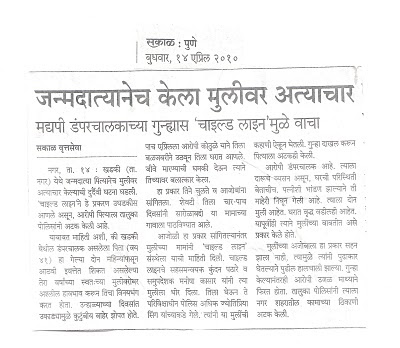 Posted by Snehalaya at 6:22 AM