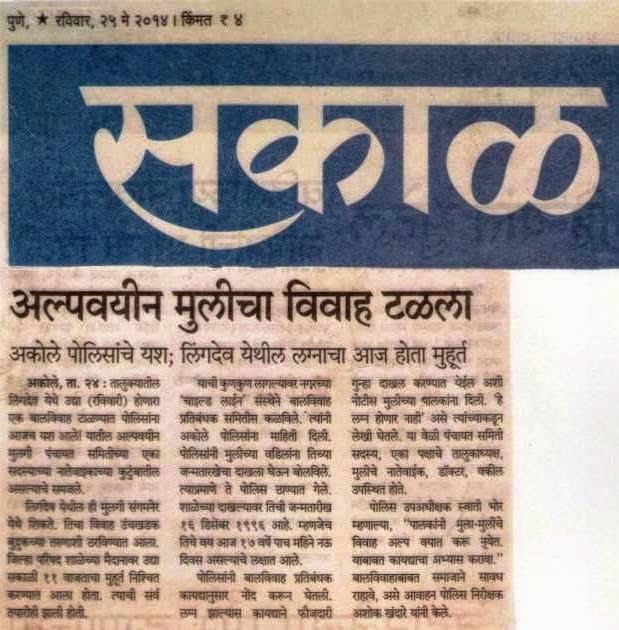 Posted by Snehalaya at 12:34 AM No comments:

Sexual Exploitation and rapes are increasing day by day and in today’s scenario, media found to be mostly with such news from every corner of the planet. One such aghast incident surfaced on 7th May, 2014.

Minor girl aged 13 was raped repeatedly by a 22yr old Dnyaneshwar Bange in his car at dehere village in Ahmednagar. Girl was scared of her step-mother; so she couldn’t reveal the unfortunate incident. As the days passed, she was sinking mentally and health started deteriorating. Girl travelled to her aunt’s place at ahmednagar.  Aunt found girl was in real bad shape mentally as well as physically. Aunt took her in confidence and girl revealed the whole incident. Aunt immediately approached Ahmednagar Childline office and requested for help.

Childline counselors Mr. Sunil Mohite and Ms. Sonal Jagtap counseled both the aunt and the girl separately. Childline team members Mr. Alim Pathan and Ms. Sonal Jagtap approached MIDC police station with the girl and her aunt to lodge a FIR complaint. The case registered against the accused under the IPC 376, Clause no 4 of POSCO. Mr. Hattekar – PSI, assured of doing further investigation to bring the culprit to justice.
Posted by Snehalaya at 1:41 AM No comments: 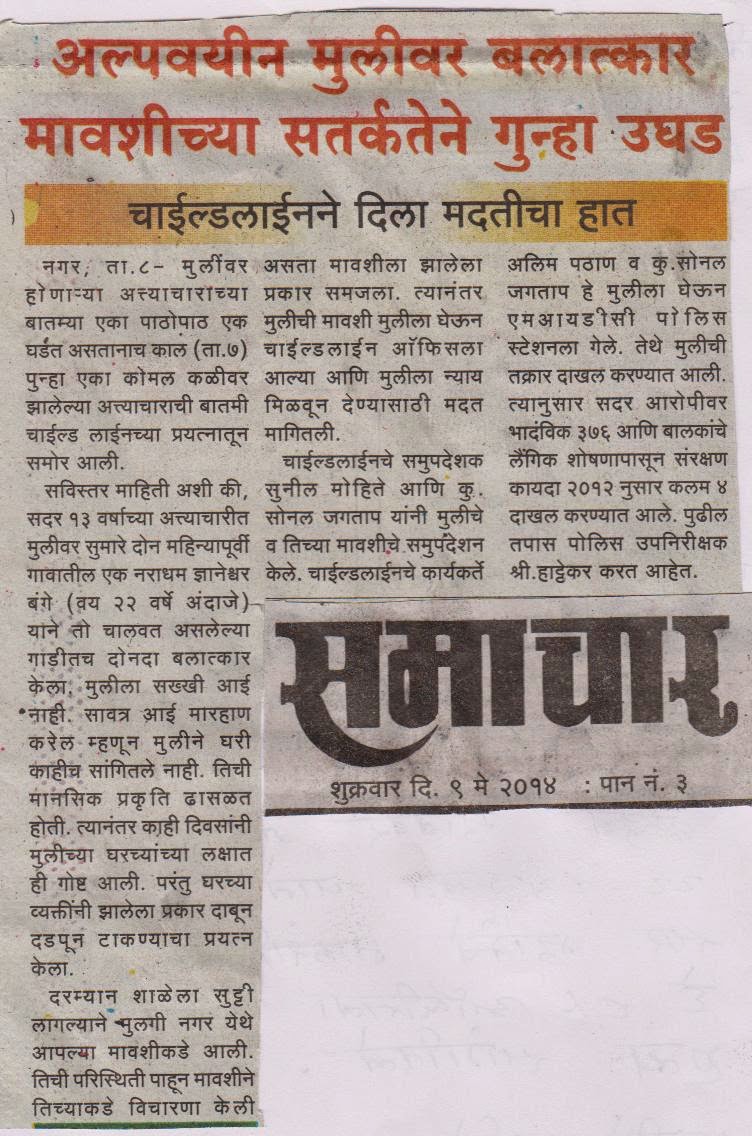 Posted by Snehalaya at 9:49 PM No comments: